Meet the Head of School 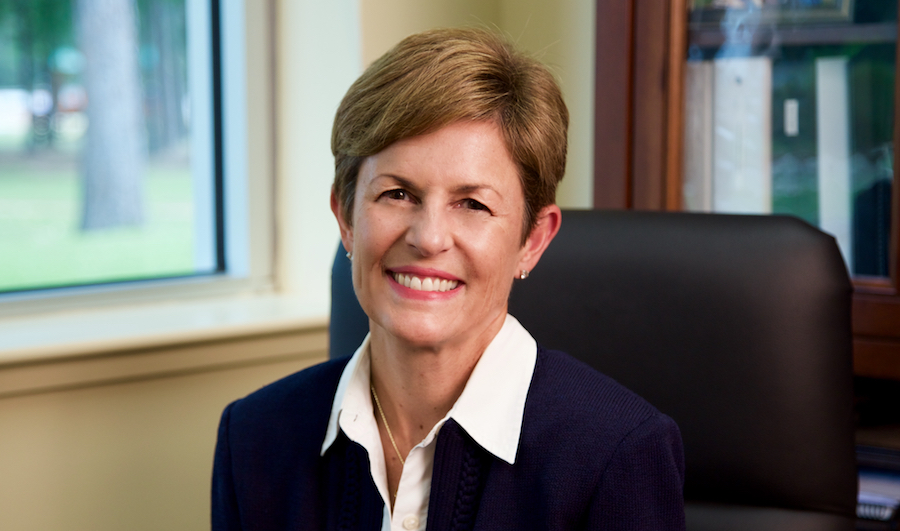 Julie H. Ambler has been the Head of School at The Woodlands Christian Academy since 2006. Under her direction, Woodlands Christian is becoming a national leader in Christ-centered college preparatory education serving students in grades Pre-K4 through 12th grade. Previously, she served on the school’s Executive Board for four years.

A graduate of The Hockaday School in Dallas, Mrs. Ambler holds a B.A. and an M.B.A. from The University of Texas at Austin. For seventeen years, she worked as a real estate investment banker in Houston, Texas, and Los Angeles, California, where she financed major commercial real estate transactions nationwide. She is married to Price Ambler, a member of The Crossing Church, and the mother of two adult children, Julia and J.P., both of whom are graduates of The Woodlands Christian Academy.

The Woodlands Christian Academy is an independent, Christ-centered college preparatory school that integrates learning with Biblical faith and spiritual growth, and challenges students to reach their highest potential – intellectually, creatively, physically and socially – for the glory of Jesus Christ.

At The Woodlands Christian Academy, we equip servant leaders to impact their world and eternity for Jesus Christ.